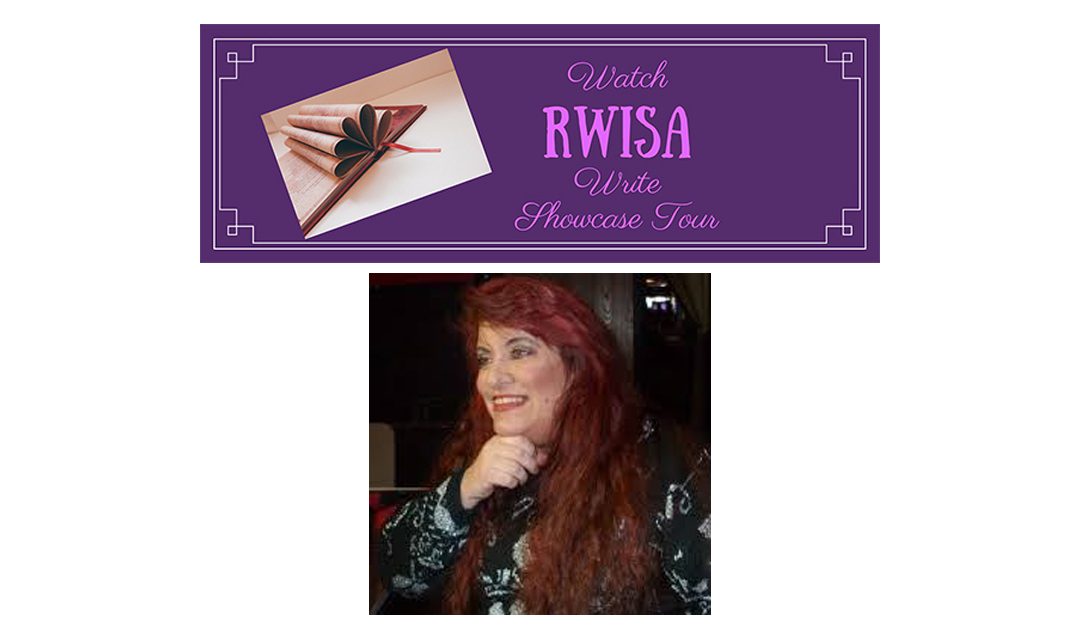 Welcome to the WATCH “#RWISA” WRITE Showcase Tour! Each day a member of the elite Rave Writers International Society of Authors will post a sample of his or her written work. Featured on Day 2 of the tour is RWISA author Rhani D’Chae with her tender story, “The Week My Father Died”.

THE WEEK MY FATHER DIED

I was at work when my mother called to tell me that dad had been rushed to the hospital the night before, suffering from excruciating pain in his abdomen.

Dad had been diagnosed with prostate cancer about fifteen years earlier and it had spread to other parts of his body, but he had been doing fairly well so there was no reason to anticipate something like this.

Mom told me that dad had spent quite a bit of time at the hospital while they ran numerous tests to discover the cause of his pain. Long story short, his kidneys were failing and there was nothing that could be done. He was sent home with a hospice nurse, so that he could be with his family in comfortable surroundings when the end came.

We rented a hospital bed and put it next to the front window so that he could see outside into the yard. We kept instrumental hymns playing on the stereo and moved mom’s chair closer to the bed so that she could be nearer to him.

And that’s when things started to get a little crazy.

Gail’s grandkids were all under ten and did not really understand the severity of the situation. They knew that Papa was going home to see Jesus, but that was about as far as it went. Gail’s family had never lived close to mom and dad, so their kids only saw my parents three or four times a year. None of them had a close relationship with dad, so the thought of losing him did not rate overly high on their radar.

For five days, the kids ran through the house, slamming the doors and yelling to each other. Even when they were sent outside, the noise was loud enough to be heard everywhere in the house. Their respective parents would occasionally tell them to tone it down, but they were kids and that’s what kids do.

At one point, one of my nephews-in-law decided to commemorate the occasion by putting it on film. He videotaped everyone going to my father’s side and saying goodbye. Maybe it was the stress of the situation, but I didn’t like what he was doing. My father’s death was not a photo-op, and I resented anything that made it seem that way.

I remember being called into the living room and told to say something to dad. I had already spoken to him several times, telling him that I loved him and assuring him that mom would be taken care of. Having my niece’s husband dictate to me where to stand and how long to talk so that he could get it on film, was infuriating.

As six families moved through the house each day, my mother spent most of her time sitting with dad, reading the Bible to him and making the most of the time that remained. She loved having her family close, but as the days passed, I could see that the noise and constant disruption was getting to her. I did speak to my nieces individually on several occasions, asking if they could please keep the kids quiet, at least in the house. They always said they would, and I know that they meant it at the time, but it never happened. The noise, the chasing from room to room, and the constant interruptions into my parents’ private space, continued. I could see that it was upsetting my mother, and I finally decided to put my foot down.

I took my mom and Gail into the bedroom and asked mom what she wanted or needed. She thought about it for a long moment and then said, very simply, that she wanted to answer the phone. Either Gail or one of her daughters had been taking the phone calls and making a list of the callers. Mom wanted to speak to those people, most of them from her church, and was upset that she was not being allowed to do so. And she wanted the volume around her to be turned down to a much less disruptive level.

Gail said that she would take care of it, and she did. Within hours, her grandkids had been taken by their fathers to another location. I didn’t know where they went, and I didn’t much care. They were gone, the house was quiet, and that was all that mattered to me.

Later in the day, James, my other sister Sharon and I, took mom to Cold Stone for some ice cream. Dad was fairly unresponsive by then, so she felt that it was okay to take a little break.

We were gone for about an hour, and by the time we got back, everyone else was back as well. But at least mom had a few hours of uninterrupted time with dad, and I’m so grateful that the girls understood and were willing to do what was needed to give her that.

My father passed that night, surrounded by family and carried home on the sound of our voices singing his favorite hymns. Standing in a semi-circle around the bed, we held hands as we sang, while my brother-in-law, a minister, laid his hands on my father’s head and prayed him home.

As cancer deaths go, my father’s was fairly quick. He had been fully functional up until the night he went to the emergency room, enjoying his life without much discomfort. He avoided the long hospital stays and horrific pain that are so often a part of that kind of death. My aunt Gloria died of lung cancer when I was eighteen or so. I went to see her in the hospital, and I remember a shrunken figure in the bed, hooked up to monitors and numerous IV lines. Her time of dying took several long and torturous weeks, and I will always be thankful that my father was spared a similar end. I would have hated to have my last memory of this strong and vital man, be that of a wasted shadow of the man that he had always been.

I thank the Lord that it didn’t go that way.

Be sure to pick up a copy of one of Rhani’s books such as Shadow of the Drill or A Perilous Thirst and write a review!

Thank you for visiting and for your support.  Please send Rhani some love in the comments section below!