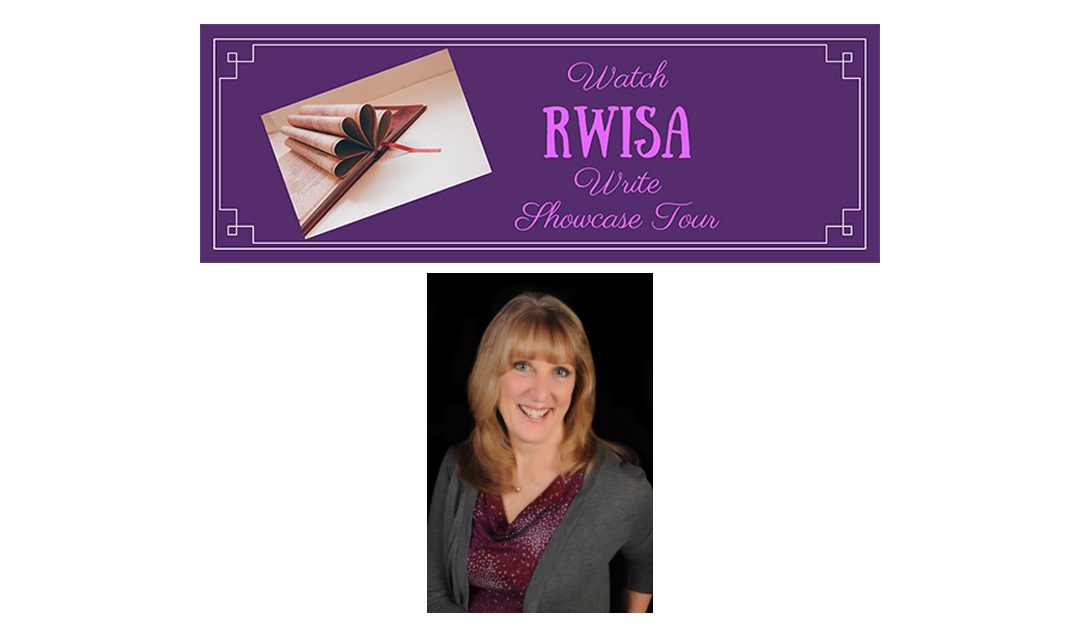 Welcome to the WATCH “#RWISA” WRITE Showcase Tour! Each day a member of the elite Rave Writers International Society of Authors will post a sample of his or her written work. Featured on Day 11 of the tour is RWISA author Jan Sikes with her timely story of social collapse and divine intervention, “Paradise Below.”

Emma Dupont shifted her backpack and lowered her head as she struggled through the crowded street. Panic struck as the sunlight faded.

It would mean sure death to get caught out after dark

Rough hands shoved her into the edge of speeding traffic. With great effort, she steadied herself, stepped back onto the sidewalk, and quickened her pace.

Making sure no one noticed her, she ducked into an alleyway and banged on the side of a blue dumpster with a series of raps. A camouflaged door slid open.

She tossed her backpack inside then hurried down the metal steps into the arms of a dark-haired man who held her while she sobbed.

“Susan, please bring Emma a cup of tea,” he instructed.

A tall blonde woman hurried away.

“I can’t go back up there again, Donovan. I just can’t.” Emma moaned. “They are no more than savages. Armed soldiers are everywhere, questioning everyone, barely controlling the mobs of hate-filled people. It’s awful.”

She didn’t tell him she’d felt someone watching her as she pushed through the street. The noose was tightening, but she’d die before she’d expose their hiding place.

Donovan rubbed her shoulders. “Don’t think about that right now.”

Susan appeared with a steaming cup and pressed it into Emma’s hands.

“Try to relax,” Donovan tucked a tendril of brown hair behind her ear.

Emma sank down against the cold concrete wall and let the warmth of the tea soothe her ragged nerves. She watched while Donovan emptied the contents of the backpack.

When he looked up, his eyes shone. “You did good, love. We almost have enough.”

After the last election, conditions in the US had deteriorated. Humanity had gone crazy. Hate flourished and people killed each other over the slightest disagreement. Satan reigned.

Evil permeated every corner. Small handfuls of people banded together and escaped into underground tunnels determined to live in peace and raise their children.

Fed up with the insanity, Emma didn’t hesitate to join. Her group had one plan.

They had to get to Mexico.

The government’s restriction of money forced them to withdraw small amounts at a time. Emma’s experience of working in banks gave her the ability to gather the funds they needed to escape.

They were almost there, but nine months of living beneath the crazed streets of Dallas had taken its toll, especially on the children. Deprived of vitamin D, they grew lethargic and pale.

“I’ve been in communication with others in Houston, Austin, and San Antonio. We’re almost ready to make our move,” Donovan said. “But, one mistake will mean death.”

Emma nodded. She didn’t care. The thought of dying didn’t frighten her.

Donovan dropped beside her. “I never imagined that the ‘Land of the Free’ and the ‘Home of the Brave’ would deteriorate into such a state of evil, and hate.” He blew out a long sigh. “We’ve lost everything.”

Emma placed a hand on his arm. “But, we haven’t given up. And, we’ve kept love in our hearts.”

Susan and several others gathered around. “With trust in God and help from the angels who watch over us, we’ll survive,” she said. “We’re the future of humanity. We are the Lightworkers.”

They formed a circle and joined hands. In a melodic voice, a woman with straight black hair sang, “Amazing Grace, how sweet the sound…”

Voices blended sweetly, and an essence of light filled the dank tunnel.

Melchizedek bowed his head overcome with the beauty and faith of the small group. He called Nemamiah and Charmaine to his side.

“It is almost time. We must rally everyone to watch over and help them. Please meet with the Ashtar Command and give them a report.”

Nemamiah folded his wings and nodded. Charmaine smiled and opened her wings to take flight.

Emma barely survived her last venture above ground. When three hoodlums grabbed her and dragged her into a deserted alleyway, she fought hard, but they stuffed a dirty rag in her mouth and kicked her with the sharp toes of their boots.

From their sneers and insinuations, she knew they intended to take more than the contents in her backpack. She silently prayed.

The moment her attackers dumped the money out of her backpack, a flock of Ravens descended from nowhere, flapping their wings and pecking at their heads and eyes until they ran screaming from the alley.

Emma was sure they’d attack her next, but to her surprise, the birds hovered around her while she picked up the money, then flew above her while she ran for safety.

She shook her head when Donovan questioned her bruises and told him the angels had protected her.

Wheels were in motion. They would soon be away from the nightmare.

Donovan gathered the group for final instructions. “Travel light. Anything you don’t need, leave it. We have two vans, but there’s limited room.”

While the rest did the same, Emma gathered her belongings. She wouldn’t take more than she could carry on her back. She stared at a photo before tucking it into a zippered pocket. That life was gone. All she had left was her faith, strong will, and this family determined to live in peace.

By the time the twelve adults and four children were ready, the first shy rays from the sun graced the sky. It would be a long day.

They piled into the vans in an orderly manner. Donovan would drive one vehicle, and Michael the other.

Emma got into Donavon’s van. They’d grown close over the months of their confinement. She wouldn’t call it romance, but pure love. She’d grown to love all these gentle souls. Together, they would build a new life in paradise.

They slapped magnetic signs on the sides of the vans that read, “Hollow Road Baptist Church” and crawled through early morning traffic toward I-35 south.

They hit a roadblock a few miles outside Dallas.

“Remember what we rehearsed,” said Donovan as he pulled over.

Several of the group placed Bibles on their laps. Emma held her breath.

“Camp Zephyr, sir, for a retreat.”  Donovan handed him papers.

Soldiers surrounded both vans and peered through the windows. Emma was sure they could hear her heart pounding. She forced a smile.

After what seemed like forever, the soldier passed the papers back through the window. “You can go. But, stay on the main roads. There are crazies around.” He motioned them on.

Donovan nodded and pulled away. “Emma, pull up GPS and find a back route, then tell Michael what we’re doing.”

The route took them through miles of open pasture and small Texas towns. Finally, their headlights pierced the darkness and lit up a rusted VW van shell.

Donovan pulled to a stop. “Everyone stays put until we know it’s safe.”

He jumped out. He and Michael hurried toward the VW, looking in all directions.

Emma chewed her fingernails and stared out the window. Nothing could go wrong now. They were so close.

Donovan had explained that a Coyote would escort them through the tunnel into Matamoros, where they would find papers and transportation.

When the men turned and waved, the group grabbed their belongings and exited the vans. One-by-one, they climbed down rickety wooden steps into a damp tunnel. Flashlights reflected off dirt walls supported by boards and rocks.

Painted on one board, “Paradise Below” promised a long awaited redemption. The narrow tunnel forced them to walk single-file, and some taller men had to hunch over.

In an hour, they emerged onto a deserted side street in Matamoros where a dilapidated bus waited.

Without a word, the group filed onto the bus. The driver closed the door and ground the gears into forward motion.

Emma sat beside Donovan and reached for his hand. “We’re going to make it.”

He sighed and leaned back against the seat. “We are.”

A brilliant red sun rose over the ocean, bringing with it a new day, as the bus lumbered to a stop many hours later. Gentle waves lapped the shore and seagulls cawed as they swooped down searching for breakfast.

When the bus door opened, a couple dressed like American tourists greeted each person.

A woman with flaming red hair hugged Emma. “Welcome to Mexico. I’m sure you’re exhausted. We have rooms prepared for each of you.”

“Thank you,” Emma murmured soaking up the tropical scenery.

Paradise! They’d made it. No more hate, no more violence, and no more hiding.

A band of angels hovered above the group with tears of joy shining in their eyes.

There was hope for humanity.

Hope in these small groups that dared to keep love alive.

Connect with Jan online with the following links:

Be sure to pick up a copy of one of Jan’s  books through her RWISA author page and write a review!

Thank you for visiting and for your support.  Be sure to send Jan some love in the comments section below!