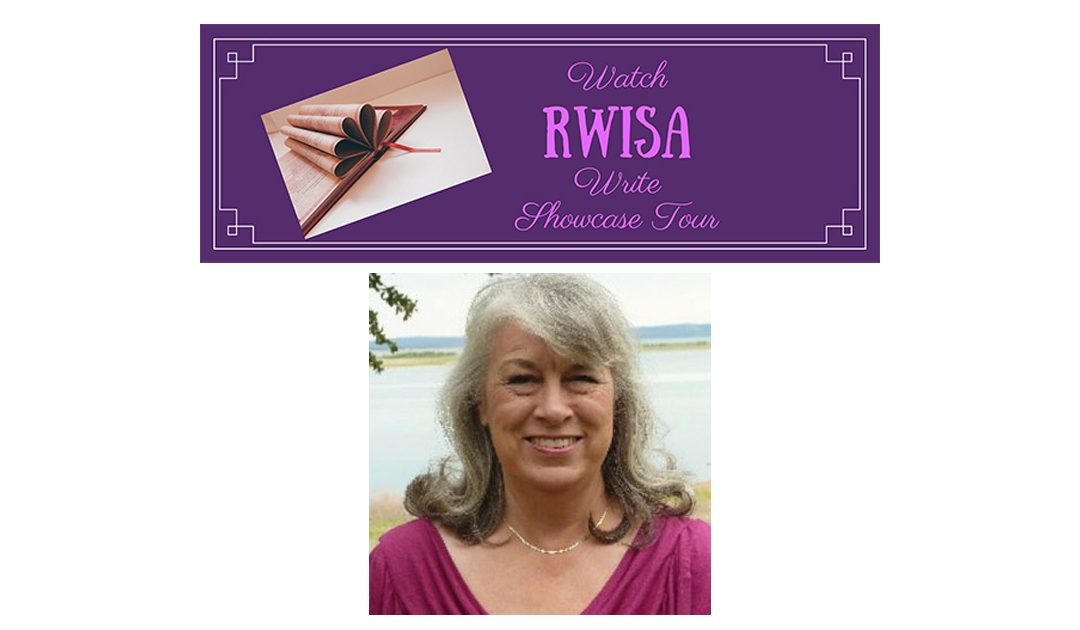 Welcome to the WATCH “#RWISA” WRITE Showcase Tour! Each day a member of the elite Rave Writers International Society of Authors will post a sample of his or her written work. Featured on Day 4 of the tour is RWISA author Marcha Fox with her beautiful and bittersweet story of colliding cultures “The Curse of Dead Horse Canyon.”

The Curse of Dead Horse Canyon

Charlie Whitehorse caressed the soft texture of the wool blanket as he gathered its folds around himself against the evening chill. He savored its earthy scent, unlocking an onslaught of memories. This wasn’t just any blanket. Over three decades before, he’d watched his ama’sa’ni create this one from scratch. Sitting cross-legged on the floor of his log cabin, gazing into the roaring fire, he recalled how he’d longed to hunt deer with his father and the other elders. But he was a child of seven, his job to help his grandmother, one of the tribe’s weavers. The process of making blankets was long and tedious, one far too boring for a young Navajo boy who felt embarrassed and demeaned performing chores assigned to squaws.

Even now, he remembered every step. First, she’d shown him how to separate the shoulder sections of the fleece, which were the cleanest with the longest staple. After that, she’d instructed him how to prepare the raw wool for spinning. This involved teasing a few locks with his fingers to separate the fibers. Next came combing them with a pair of carders that looked like large, flat dog brushes, manmade imitations of the prickly teasel. Then he’d place the resulting bats in a reed basket, miniature clouds of fluff awaiting her skilled hand. Pure lanolin coated his fingers, making them squeak when rubbed together, its odor one he’d never forget. Nor how it softened callouses earned practicing with his bow. Often he couldn’t work fast enough to keep up with her spinning, accomplished using a spindle to twist the prepared fibers into yarn.

Fortunately, once she spun enough yarn, his part became more interesting. Then he no longer had to sit for hours on end, arms aching from carding. Now he could explore a bit as he gathered the materials she needed to dye the yarn into a variety of warm colors.

The collection process for some substances required a knife or ax, which contributed to the feeling of it being a worthy task for a young brave. Bloodroot, hickory twigs, pokeweed berries, and oak bark were some of the things she requested. Among the most challenging were cochineal beetles which, when dried and ground into powder, would yield crimson. It could take an entire day to gather enough bugs for a single batch, but to both him and his ama’sa’ni, it was a day well-spent.

In fall, goldenrod blossoms were gathered to produce vibrant yellow, though color and intensity depended on various factors. When ama’sa’ni was ready to start the dye process, he’d haul water from either the iron-rich spring to the north side of their village for reds, or the alum-rich one to the east for the yellows, the resident minerals necessary for the fiber to permanently retain its color.

When she’d prepared sufficient yarn, Charlie helped her warp the loom constructed from tree trunks, then wrap the different color yarns on separate sticks that served as shuttles. Then, the best part–weaving–began. He marveled as she’d skillfully alternated shuttles, colorful geometric patterns emerging with each row of weft, until at long last their collective labors produced a finished blanket that was not only functional but a work of art.

Only now, as a grown man, did the wisdom of that experience impress itself upon his mind. Not only the work itself, but what it taught him about nature, going full circle from the vegetation the sheep ate to dyeing the yarn with some of those same plants. Yes, the process was tedious and long; yet the result was well worth it. It taught him patience, perseverance, and appreciation. For simple things. Like a blanket that felt softer to the touch each year, improving with use, unlike so many things that didn’t last. Analogous to life itself. And old friends. A cherished cover that had kept him warm for what would soon be thirty winters, many of which were spent in the frigid Colorado Rockies.

His cultural roots demonstrated man was intended to be an integral part of nature; stewards, not conquerors. Unlike those who’d invaded their land, forced Indigenous population to settle in inferior regions, then even drive them from there, when a wealth of silver, gold, copper, and other minerals were discovered beneath what they considered sacred ground.

Rather than extracting and processing it in a way that honored the earth and showed gratitude for its abundance, they’d virtually raped the land, leaving gaping holes and tunnels behind. Some hundred-fifty years before, his people had sadly admitted defeat and had no choice but to tolerate such behavior.

Yet, their misfortune didn’t end there. It was harvest time in 1869 when a band of drunken Whitemen raided the village, waiting until the tribesmen were away for the final hunt in preparation for winter. The invaders not only ravaged the women and burned their homes, but stampeded the horses that remained in camp. A few young braves, not yet old enough to join the hunt, had attempted to save the steeds, only to be driven by a hoard of deranged miners over the edge of a cliff to be decimated in the ravine a hundred yards below. Charlie recalled when he’d first heard the story as a youth and how he’d imagined himself as one of them.

Was it any wonder that when the tribesmen returned and found the resulting devastation that their medicine man, likewise a shaman, cursed that canyon? So far, however, the Whiteman had continued to benefit from exploiting and abusing the entire area. Perhaps the dawn of the curse resided in the aftermath of the leaching and other processing methods used to extract the precious metals. These involved noxious substances such as arsenic and mercury. Their residue poisoned the ground and eventually migrated to nearby streams when abandoned mines filled with rain and snow melt. The toxic drainage eventually killed all aquatic creatures and drove away wildlife that depended upon such channels for drinking water.

The mines were mostly exhausted, yet water continued to accumulate in their cavities. The latest bitter irony that they were using the excavations’ polluted aftermath to further devastate the ground. The acid mine water was being used for hydraulic fracturing, commonly known as fracking, again dishonoring the earth while stealing from its depths.

It was easy for Charlie to question whether or not the curse was real. So far it was questionable, no apparent consequences answered upon those who had wreaked so much destruction for the sake of greed. Only the earth and local wildlife had suffered.

Local tradition dictated that the curse would manifest in its entirety when their actions reached the pinnacle of evil. After that, it would dissipate, but only when the Whiteman and his Indigenous brothers mended their ways; when they closed the persistent rift between them in friendship and cooperation. Unlike many, he was one of the few who had tasted of such sweetness with his friend, Bryan Reynolds. They’d met in their teens, when Charlie had moved north to live with his father in his male parent’s native Cheyenne country. Oddly enough, the two boys even shared the same birthday, spending dozens of adventurous summers together, exploring, hunting, fishing, and growing up in separate cultures, yet being of one heart.

But now Bryan was dead. His life terminated in that very ravine known to his people as Dead Horse Canyon. Charlie suspected his friend’s tragic accident had been orchestrated by those to whom the curse had been directed. Yet so far, no guilty party had been identified, much less suffered due consequences. It didn’t make sense. Seven generations has passed. Surely it was time. And intuition assured him fulfillment was in progress.

But why Bryan? Why now? And what, if anything, was Charlie’s role?

The blanket’s warmth enjoined him to patience. From that first bat of carded wool to its liberation from the loom, it had comforted and instructed him in the ways of life. Legend assured him that the curse would end. Soon. And in some way, currently unknown to him, he would be part of it.

Be sure to pick up a copy of one of Marcha’s books from her author page and write a review!

Thank you for visiting and for your support.  Please send Marcha some kindness in the comments section below!