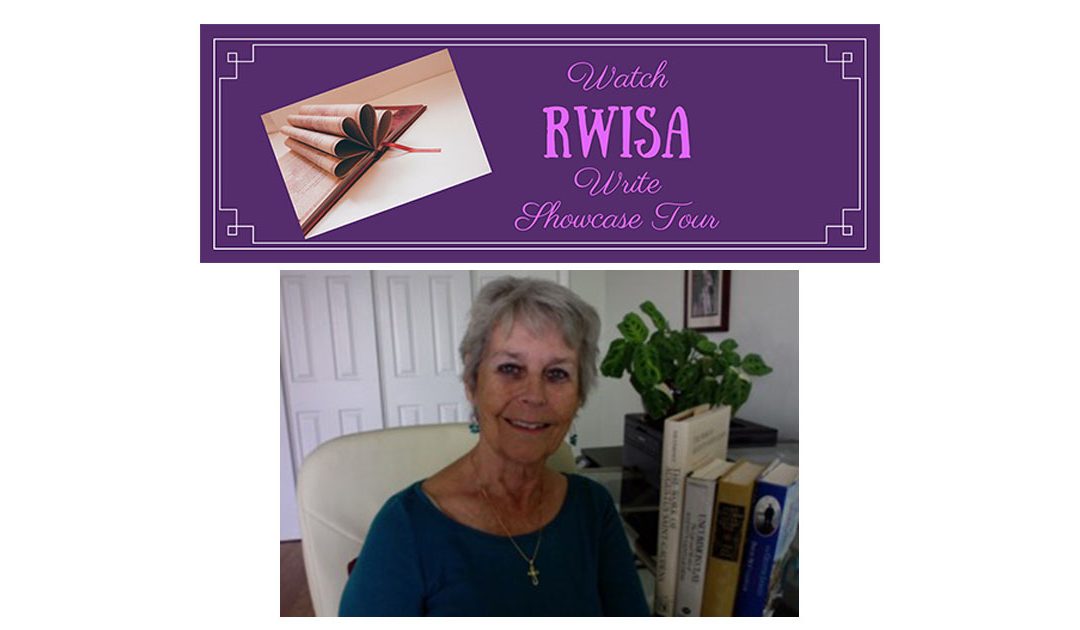 Welcome to the WATCH “#RWISA” WRITE Showcase Tour! Each day a member of the elite Rave Writers International Society of Authors will post a sample of his or her written work. Featured on Day 5 of the tour is RWISA author Karen Ingalls with her haunting tale of gambling addiction and despair, “Just One More.”

The bright neon lights of Las Vegas did nothing to improve Jack’s self-loathing. He walked the Vegas strip with head hung down and his shoulders slumped, ignoring the people rushing past him. He was desperate as he fingered the five coins in his pocket, knowing they were the last of his money

The hot, bright sun did nothing to lift Jack’s spirits. “What am I going to do? Where should I go?” His questions went unanswered. He did not know how long he had been walking, but he soon realized how hungry he was. He stopped at the intersection looking in all directions, not knowing where he was and not caring. The crosswalk signal changed, and the crowd of laughing and drunk people, pushed him out into the street. Jack looked down as he stepped onto the curb and saw a wallet. He picked it up and looked around. The people that had once surrounded him had dispersed in different directions moving far away from him.

Jack slipped the wallet into his coat pocket and walked into the nearest casino and entered the men’s room. He went into the first open stall and with shaking hands he opened the wallet revealing a large amount of one hundred-dollar bills. “This can’t be. I must return the wallet.” He searched further and found a driver’s license for a Stephen Richardson from New York City. There were credit cards plus a family photo of a man, woman, and two young girls. “I suppose this is his family.”

“I will get hold of Mr. Richardson and tell him I found his wallet.” Jack put the wallet back in his coat and left the stall. He stood in front of the mirror looking at the unshaven face and unkempt hair. He washed his face and ran his fingers through his hair. He pulled his tie up and tucked in his shirt. “Well, I look a little better. Maybe I could use one of these bills, get a shave and haircut and have enough left over for dinner and a room for the night.” Jack reasoned that Mr. Richardson will never miss one hundred dollars out of the thousands in the wallet.

The lights of the casino were less intrusive, and the noise lifted his spirits a little. Jack walked past the slot machines and gaming tables out into a hallway. He walked past clothing stores and gift shops until he came upon a barber shop. The shave with the hot fragrant towels followed by a shampoo and haircut were what Jack’s weathered appearance needed. He hardly recognized the face in the mirror looking back at him.

“Perhaps a new shirt, slacks, and jacket would not be too expensive.” Jack reasoned that he would pay Mr. Richardson back every penny once he gets back on his feet.

The memory of his gambling habits which caused the loss of his marriage, job, and friends had faded. “I will never become that person again. I will change for the better.”

The new clothes and filling steak dinner with all the trimmings, relaxed Jack, and he confidently made his way back through the casino. The slot machines were well occupied and occasionally Jack heard the screams from a winner while the lights and sirens of the winning machine blared. “I would rather play poker than throw my money down the one-armed bandit.” He stopped at a Texas Hold ‘Em table where there was one vacant seat. “A few hands won’t hurt anything. I can play with Mr. Richardson’s money and pay him back with my winnings.”

The free drinks, the smoke, the cocktail waitresses and the sound of the cards being shuffled were magic to his ears. With each hand dealt, Jack became more determined to win the big one. He eyed each of the players trying to read their body language. On the fourth deal he opened his hand to reveal two queens. The flop showed a queen, seven, and a five. Jack made a modest bet. The dealer placed another card up which was a ten. Jack called the bet made by a player across from him. They placed the final card up revealing a seven, which gave Jack a good hand of two pairs. He raised the bet from another player and watched as other players either folded or called.

“I must have a winning hand because no one is aggressively betting,” he reasoned. “I’m all in,” he announced as he pushed all $500.00 of his chips into the middle. Players folded one after another except for the man sitting across from him. Jack tried to remain calm and put his shaking hands in his lap. The noise in the casino seemed to become louder and perspiration ran down his face.

“I’ll call.” The man turned his cards over to reveal two sevens.

“That can’t be. I had you beat.” Jack felt weak and nauseous. “Hold my place. I’ll be back.” He knelt in front of the commode and vomited up his lunch. At the sink he washed his face, straightened his tie and took another $500.00 out of the wallet. At this point he did not care and had convinced himself it was his money. “I found it. Finders, keepers.”

The evening turned to long hours. There were no windows or clocks in the casino, so Jack had no awareness of the hours slipping by in the same way the money was slipping away.

Jack’s luck and poker skills did not change. He won a few small hands, but he never recouped what he lost. He took his last $100.00 bill out of the wallet. “All I need is one good hand. Just one more.”

The big winning hand never came. Jack threw the empty wallet into a trashcan and walked out into the bright, sunny and hot day. He could not adjust his eyes to the brightness as he staggered down the street. “What am I going to do? Where should I go?”

Jack did not have one more game to play. He was found on a park bench late that night, alone, penniless, and without any life force in his body, still dressed in the new clothes.

Be sure to pick up a copy of one of Karen’s books from her author page and write a review!

Thank you for visiting and for your support.  Please send Karen some cheers in the comments section below!