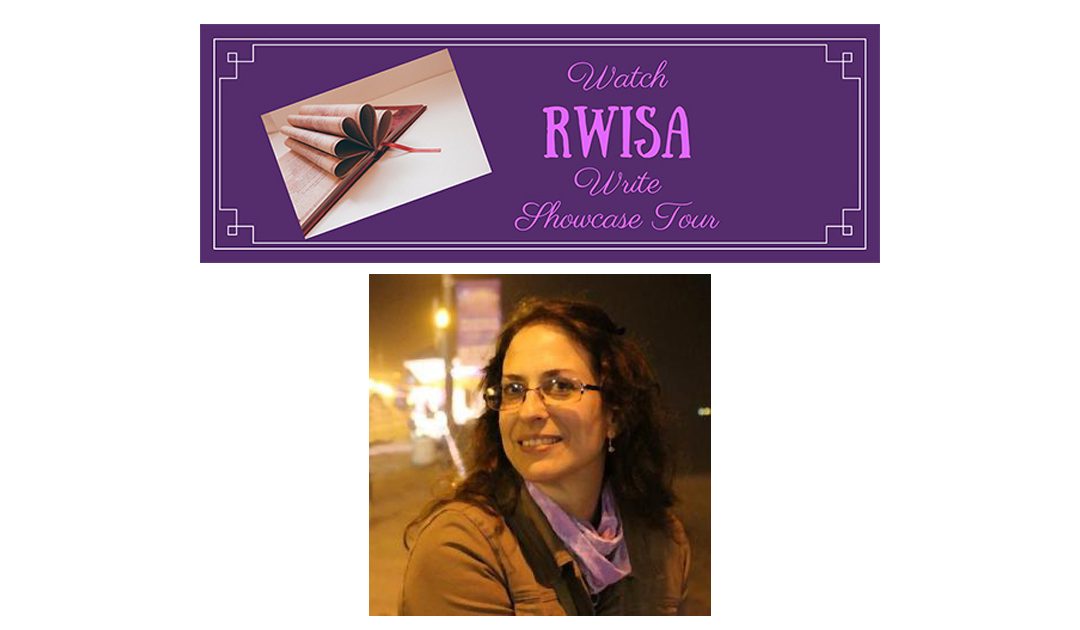 Welcome to the WATCH “#RWISA” WRITE Showcase Tour! Each day a member of the elite Rave Writers International Society of Authors will post a sample of his or her written work. Kicking off the tour is RWISA author Laura Libricz with her story “The Protective Plague”!

From the Overlord’s house came a quiet but vicious argument. I walked past the stately, tiered structure, decorated with wooden carvings. The other houses circling the town square stood quietly: the midwife’s red wooden house built up on stilts; the ironworkers’ blue housing complex and their adjoining workshop also built on stilts; the dark-brown community building, windows tightly shuttered.

I set my basket down in the middle of the square. The fountain marking the village center bubbled behind me as a mouse scurried around its stone base. The door of the Overlord’s house slammed open and he appeared on the top step. A woman’s sobs came from inside the house. He raised his nose to the sky and sniffed at the air, his black, wiry hair standing on end. He approached the fountain, his black woolen cape fluttering behind him.

“The weather has changed,” the Overlord said.

“You notice such things, Master?” I asked. “Today is the Turn of the Season; coupled with the full moon.”

“Yes, that is why you tie those wreaths of herbs,” he said. “Silly old traditions.”

“We will burn them at sunset on the Field of Fruition. These old traditions give the people comfort.”

“Your traditions have no power,” he said. “This year we initiate my new ritual. The One True Deity is not appeased with burning herbs.”

“What will appease your Deity then, Master? Burning flesh?”

The door of the red house squeaked open. The midwife flurried towards the fountain carrying a spray of reeds. Two red-haired daughters followed behind her. They carried baskets overloaded with sage and wormwood.

“Good day, Master,” she said, dropping her reeds at my feet.

Her black hair, not colored carefully enough, showed red roots at her scalp. I moved between her and the master, hoping he had not seen her hair, and gathered three reeds in my hands. I braided their stalks. Her daughters set the baskets down on the stone steps of the fountain and the midwife pulled both girls to her side.

“The workshop is quiet this morning,” I mentioned.

“The men have crossed the ford to the settlement beyond the Never-Dying Forest. They’ve taken our surplus of food and hope to trade. Years ago, the forest villagers made fabrics.”

The Overlord chuckled. “Foolish men. No one lives beyond the water and the forest but barbarians. They don’t trade, they take.”

I held my braided reeds aloft. “Our petition tonight at the bonfire is to ask for the safety of all villagers involved, whether they come from Forest Village or Field Village.”

“There will be no bonfire tonight,” he said.

As if by the Master’s silent command, the double doors on the community building slid open. Five leather-clad men, adorned with weapons of glinting steel, took two steps forward. Five young women draped with dirty white shifts, hands and mouths bound, knelt behind their ranks. I recognized the midwife’s eldest daughter and the barrel maker’s granddaughter.

“My new Turn of the Season tradition starts today.” The Overlord nodded to the troop. The men grabbed each of the young women under the arms and dragged them into the square. They were forced to kneel on the stone steps by the fountain. The overlord’s daughter was also among them.

“These women will be taken against their will on the Field of Fruition. The One True Deity will come to accept the eggs as soon as they are fertilized. I will summon him. The women and their fruits belong to him. He will exalt them and admit them into his glorious mountain realm.”

I threw my reeds aside. “Our traditions and petitions are based on protecting our villagers, not sacrificing them.”

“These women are ripe. We have prodded them all. The One True Deity will have this offering.”

“Men cannot enter the Field of Fruition at the Turn of the Season. It will bring us harm so close to the coming winter.”

“Your foolish traditions cannot keep the furies of winter at bay. Harm will only come if one of these women becomes pregnant. That would prove her self-seeking nature, her desire to retain the fruits for herself. She will be executed.”

The midwife let out a shriek. The overlord stroked his daughter’s matted hair.

“If she becomes pregnant,” he said, “we will also know she enjoyed the act. She will have defied The One True Deity. Women cannot become pregnant when taken against their will.”

He took two steps forward, his face a breath away from mine. “These women can be saved. Here they are. Save them. Save them now but know this: four others will take their places. You shall be the fifth.”

He turned with a swish of his cape and, followed by his armed mob, disappeared into the community house.

The midwife and I unbound the women. Together we gathered the wreaths, all our herbs and reeds, and walked out of the square towards the Field of Fruition. The sky was overcast. Rains threatened. Two women and their children stood at the edge of the green field, bundling straw. They piled it neatly on a cart. Two other women whacked the lazy ox and the cart jerked into movement.

In the middle of the Field of Fruition, wooden planks stood in support of one another, forming an inverted cone. Mice scurried under my feet and under the cone. The planks were once an old barn. In its place, we built a new one. Since the great flood, our village had prospered. We had practiced our Traditions of Gratitude ever since. I gave silent thanks for the abundance of grain that allowed even the mice to multiply.

“The moon is coming up over the trees,” I said. “We will start the fire now.”

The midwife scraped her knife on her stone and sparks flew into a pile of straw. She convinced the fire to burn and we fed the flames until the dried planks ignited. I raised my wreath of braided reeds over my head as mice scurried out from under the burning planks.

Our peaceful but preventive petition resonated between our practiced voices. We’d recited the verses many times and shuddered with the energy they held. I threw the wreath on the fire; sparks flew into the low storm clouds. More mice scurried over my feet. I looked down and the Field of Fruition was no longer autumn-green, but mouse-grey. A layer of mice had gathered, completely covering the Field–a protective plague ensuring the fulfillment of our petitions of peace and gratitude. Well, this was not what I had in mind, but it would do. No ill-wisher would enter this field tonight.

Thank you for visiting and for your support.  Please send Laura some love in the comments section below!