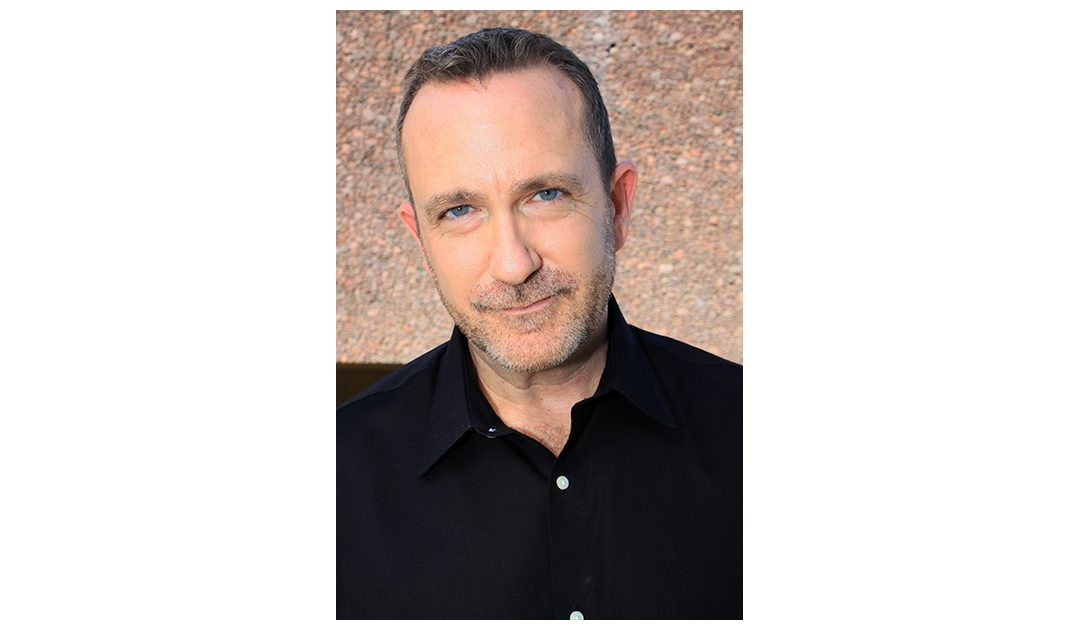 This week it is my pleasure to interview Eric Borgerson. Would you please introduce yourself to my readers, Eric and share something about your life.

Hello, and thank you for interviewing me for your site! I am a former attorney and political activist turned novelist and independent publisher, currently living in the Palm Springs, California area.

When did you write your first book and how did it come about?

I wrote a book about 15 years ago entitled Make Peace With Your Life, a sort of spiritual reflection, but I never published it. Mainly this was because I quickly discovered that I had more to learn from life, some of it through hard consequences of bad choices, before I would have any authority to publish such a work! I may revisit it, but for now it is in my archives.

Do you always write in the same genre or do you mix it up?

My recently published novel, When the Eye Sees itself (original working title Entanglement), is my first major work of fiction. Prior to that, my published work was mainly in the professional realm. In addition to legal writing for court filings, I wrote for a magazine on public sector labor law and politics, and co-authored practice guides on labor law.

When the Eye Sees Itself is a bit of a genre bender. It is a legal and political drama in a fictional country with a fictional legal and political system, and has a science fiction dimension that links together the story’s complex plot. I think it falls somewhere between speculative fiction and science fiction. The closest genre might be cyberpunk. I have another novel in the works that I believe will end up more in the literary fiction realm, though it too has some science fiction elements. However, they are just extrapolations from current developments rather than full-on fantasy projections, so I don’t think it will properly be characterized as sci-fi.

To my mind, very high quality science fiction (like the Hyperion novels of Dan Simmons) are just high quality fiction, and I think the distinctions between sci fi and literary fiction begin to lose their utility. I also believe that technology has a huge impact on our lives and is relevant to contemporary literary fiction.

When you write, do you start with an idea and sit down and let it evolve, or do you make notes and collect ideas on paper beforehand?

With When the Eye Sees Itself, I had the arc of the story in my mind when I sat down to write. As the story poured out of the pen, characters birthed themselves, and some had such a gravitational well of their own that they pulled the development of the story. It is a mysterious and exciting process. A couple of times during my writing of the first draft, I had to sit down and deliberately think out aspects of the plot, to make sure it all came together in the end. Usually, however, developing the story involved quieting my mind enough to listen into the room my characters occupied and hear what they were saying. I don’t fully understand how that happens, but that is how I experienced the process.

Would you like to give us a short excerpt from one of your books?

The story is very complex and layered. It is difficult to select a representative sample. For fun, here is a peek inside a scene at a pub where the main character, Leo Baksh, has met his long-time friend John Hanes for a beer at the end of a tough week. This is where we first meet Wendy, ostensibly a waitress, but someone about whom we learn a great deal more in time:

Wendy was a gift. Her hair, deliberately unkempt—rather resembling a wad of hay kicked across a windy road—screamed “Screw your convention!” yet her manner was always generously pleasant, notwithstanding Leo and John’s obvious enmeshment in mainstream professions. The three of them were almost friends.

“I’ll have the doppelbock,” said Leo.

Wendy glanced at Leo. “Don’t let him fool you. He was here last night and sampled nearly everything, I think. No?”

“I don’t know what you’re talking about,” said John, flashing Leo a quick smirk. “You trying to get me in trouble with the boss here? Didn’t anyone ever teach you that employees of drinking establishments are supposed to be discreet?”

Wendy rolled her eyes. “You want me to surprise you?”

She snapped alert with a deranged grimace. “One pint of the experiment it is,” she piped. With a wink, she was off.

“Jury’s deliberating,” Leo said, glancing around the room. When he looked back at John, he saw his friend studying him.

“No. Yes.” He picked up a cocktail napkin and threw it back down. “No. Nothing ever changes. That’s the problem.”

“You help make important things change all the time. If nothing were changing, why would you be worn out all of a sudden?”

Leo pulled out a pack of cigarettes and passed one to John before sparking one up.

“It feels like all I do is make suggestions for wallpaper changes in prison cells, and from taupe to beige at that.”

Leo’s nostrils flared but he knew it would be silly to take offense. “It’s hard not being able to singlehandedly usher the world to revolutionary utopia.”

“One doppelbock for you,” she cooed, placing Leo’s beer down with a conspiratorial wink. “And one mystery formula for you,” she sternly proclaimed, the corners of her mouth turned down in revulsion and her eyes full of fright. She lowered John’s glass as though it might be radioactive. “Medics are standing by,” she whispered as she tossed back her bramble of locks and, with a guttural half-laugh, swerved her tray toward the next table.

They eyed the beer suspiciously.

“Drink up, sport,” Leo said, taking a swig off his pint.

Who is your favourite character and why?

That’s a tough question. The character who comes to mind first for me is that of Wendy Malone. I love her because she is a free, strong woman who manages to keep her heart open despite the world’s cruelties, who can deal with people’s contradictions, who writes her own moral code, and who loves deeply yet remains fiercely independent. Just by her nature, she ends up at the pivot point for many lives and developments, not by design, but by being the bright light that she is.

Which of your books gave you the most pleasure to write?

By far, writing When the Eye Sees Itself has been the most rewarding. It was a cathartic and magical process. At times it felt like channeling from some other layer of consciousness, though I really don’t know exactly what that means.

I first conceived it in 2010, started writing in 2011, finished a first draft at the end of 2013, and spent several years revising it. One thing that has tickled and at times chilled me is that events in the world around us have developed in significant parallel to elements of the story that were there from the outset. The story deals with themes of quantum entanglement, mass surveillance, mass incarceration, political struggle, descent into darkness and addiction, state sponsored terror and torture, and spiritual awaking amidst the ashes of shattered conventions.

I believe it is acutely relevant to our world today, and that it provides a cautionary mirror for developments in our own societies and collective mind.

What is the best marketing tip you have received?

I am told that there is no single size or style of promotion that suits all titles. I have received very positive feedback regarding this novel from people of wide-ranging educational, political, and artistic backgrounds. I truly believe that it captures a critical perspective that will resonate deeply. I work every day to build relationships and plant seeds for its discovery, because I believe it will catch fire.

How would you describe yourself?

I would say I am a seeker and voracious learner who does his best to be honest with himself and learn from his mistakes, keep growing, and find better ways to make a contribution.

What do you do when you are not writing or reading?

I love to run (well, more like jog at this stage of life), hike, watch films, travel, spend time with family and friends, learn new things.

I spend a lot of time these days developing a progressive book publishing model for Polylyric Press. This involves learning how conventional book production, marketing, distribution and fulfillment operate, and exploring alternative approaches that allow authors more control over their work and a greater share of the proceeds from its distribution.

I also have a disciplined daily meditation practice and regularly explore writings from various wisdom traditions.

If you could holiday anywhere in the world, where would you choose and why?

My short list of places to visit includes Prague, Athens, Istanbul, and Florence, due to their antiquity, beauty, art and architecture, and world cultural importance. I have been to India several times and I hope to see it at least once again during my lifetime. I also have a dream to live in Paris for a while and write. I visited many years ago and love it. My ancestors are French on both sides and I have a bred-in-the-bone affinity for France.

If you have owned pets, do you have a funny story you would like to share with us?

I had a female cat after college named Bob Marley (whose name a friend and I landed on due to her great love for catnip). Once, I left her alone at home longer than she deemed suitable. I had a beautiful charcoal drawing on newsprint of a human torso tacked to my wall. When I came home, she had stood on her hind legs on a cabinet in front of it and neatly dragged her claws from top to bottom, efficiently shredding it to ribbons with one swipe. I got the message.

What is the biggest factor for you when selecting a book to read?

For me, whatever the genre, the most important factor is the extent to which the author has poured his or her creative soul into it. I rely a lot on the recommendations of well-read friends, as well as reviews. Whether their plots, prose, and dialog are simple or complex, I value writing that comes from a deep connection to the creative source. The older I get and the more I read, the less interest I have in formulaic works, whether literary or cinematic.

The publishing company I launched has a website, and my book is its debut title! Please give it a peek: https://polylyric.com. There is a bio for me on the author page.

I can be reached by email at info@polylyric.com.

When the Eye Sees Itself is available through multiple venues:

Are you working on a new book at the moment?

I have the outlines of a story in mind, have done a bunch of research in history and relevant science, and I am excited to get started on it, but my energy right now is focused on getting my current novel out there in front of readers.

Thank you so much for the opportunity to participate in this interview and for sharing it with your readers. 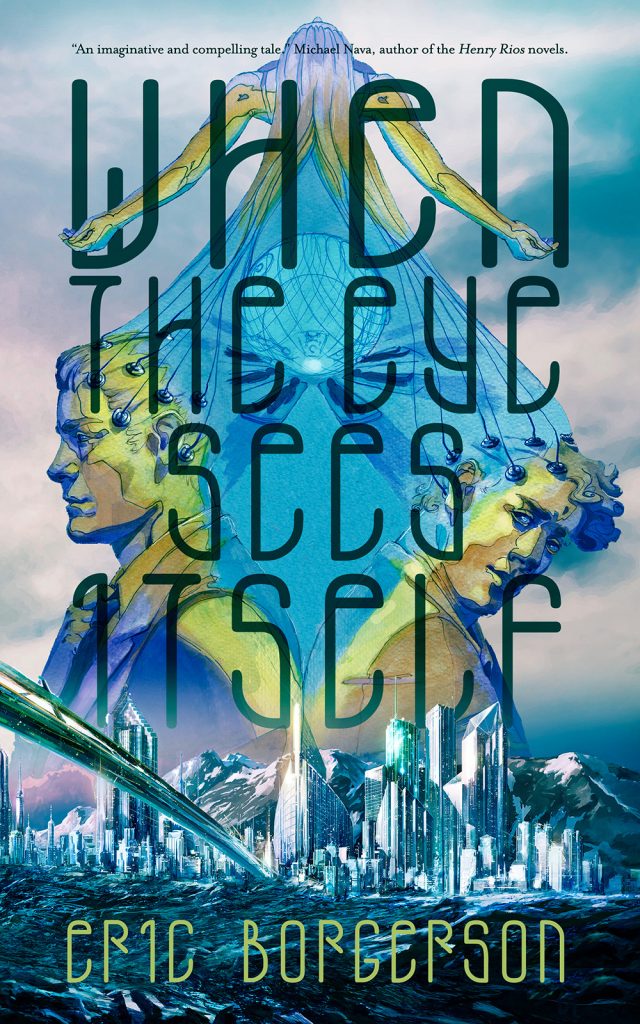